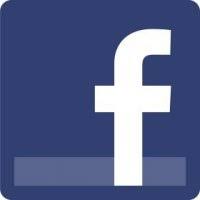 So I posted a link to an interesting blog post on facebook today. It got quite the reactions. I was surprised by the immediate and emotional responses. Though I guess I should not had been too surprised. People like their politics. I encourage you to read through the blog post, it is a very good read. Moving on, the reason I was surprised by the responses was because they were not angry at the poster of the blog, it was almost like concern for me that I would read such things. Overall it was not much of a facebook discussion. I don’t do much on facebook, so it was more than my wall usually receives. Even though this instance was not a argument or anything of that sort, it reminded me of how humorous facebook debates are.

That is one thing I love about the newness of social networking, the stuff that people share is really quite surprising. I am surprised sometimes when people pour out their heart or bash some acquaintance of himself/herself. It is bound to be for a good throwback of witty sayings and sometimes misinterpreted quotes; its fantastic. My favorite is when the original post was about something that should hold no real importance, but people argue it like it is the end of the world to them (#first_world_problems). It makes sense to me though, modern society needs a new place for people to hold open debates. The only thing I don’t understand is why people still make such stupid remarks, because they can type it, think about it, revise it, and reread it before they ever have to post it. With all those capabilities, people still never cease to post really ignorant and arrogant remarks. I figure that is human nature, people like to be heard.

Human nature is a strange thing, because I don’t think there is an easy way to define it. I read an interview today, where the person being interviewed commented on how people use the terms “natural” and “unnatural” very loosely and often use them as synonyms of “good” and “bad.” I thought it was a very interesting thought. And it got me thinking about what human nature really is. I tend to be pessimistic , so I say humans are inherently evil – and that is why our world is so cruel. On the other hand, I have my moments of optimism. I feel like there are many examples of real altruism between humans, and real sacrificial love for others, it is just rare. I usually close my posts with a more closed thought than this, but to be honest I’m not sure I know what I think yet. I’d like to hear from others, please post and let me know what you think of human nature.